/var/www/html/wp-content/themes/Divi/single.php Why You Should Probably Stop Stretching Your Hip Flexor | CrossFit Infinite Strength

Why You Should Probably Stop Stretching Your Hip Flexor 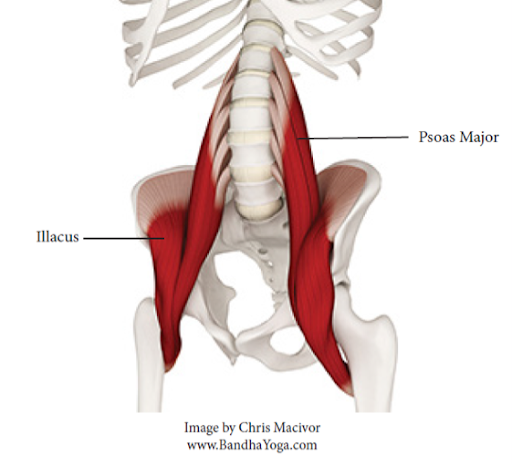 Written by: Dr. Megan Daley of Move On The Daley Physical Therapy

“All human beings should be able and WILLING to perform basic maintenance on themselves.”- Kelly Starrett

The Psoas is such an important and integral muscle, yet unfortunately, it is often mistreated. It’s that muscle at the front of your hip that you always see people stretching, often thinking it’s tight. The job it’s most known for is hip flexion (bringing the knee to the chest), but the Psoas also plays a major role in stabilizing the spine. Due to its central position near the body’s center of gravity, it also has a role in regulating balance. It’s involved in a ton more outside of the musculoskeletal system, but more on that another time. The fact is, when tested for flexibility, it’s almost never truly tight. I can’t even remember the last time I gave one of my patients a Psoas stretch.

Here’s a super quick test to see if there’s true tightness: Lay flat on your back with your legs out straight. Keep one leg straight and relaxed (that’s the leg you’re testing) and pull the other knee into your chest. As for the straight leg – did your hip and knee bend more than just a little from their start position when you pulled the other leg in? If not, chances are your Psoas is not actually tight. More often, it’s weak and hypertrophied from having to overwork, causing it to FEEL tight (that tricky little thing). Repeatedly stretching is the opposite of what you want to do, even though it does often feel better for a bit after you do so (have you noticed that the “tightness” always comes back?). That’s because it needs to be strengthened!

When it’s weak (or in the very rare case it’s truly tight), the Psoas muscle can cause pain or discomfort in any of these areas:

As you can see, it can mimic a whole host of physical issues! So, when I say mistreated, I mean it’s often either missed as the underlying cause or incorrectly determined to be tight when it’s actually weak (stretching might feel great, but it’s perpetuating the issue). If you’ve had chronic back pain and have seen multiple providers, but it keeps coming back and your strength hasn’t been addressed, a weak Psoas may very well be the culprit.

So, what’s my favorite Psoas strengthening drill? Hands down, it’s the psoas march. Click here for a video of me performing it! Clearly my dog loves it too, but I think that’s just because it’s done at his level. Important things to point out: Both legs start out bent at 90 degrees at the hips and knees. One leg will remain in position stabilizing, while the other kicks out straight. The low back is pressed into the ground throughout the exercise. In this video, I’m using a light resistance band looped around my feet that I’m holding onto, but another good option is a small loop band just around the feet (like the ones we have in the gym!)

I will also give regressions from this if someone can’t quite do this one pain free or perform correctly: Step one is laying down with your legs over a box, back flat, and then pulling one knee towards the shoulder on the same side, but while pressing my hands into my knee to not allow it to actually move. It is important to start with your hips at least bent to 90 degrees (and the back to stay flat throughout) to make sure the iliopsoas is kicking in and we’re not getting compensation from the quads or TFL. (This is also something I give as an exercise to do in a seated position if the person has low back pain with sitting for a long time in the car, at work, or on a plane.

Once someone gets the hang of that, I’ll have them start in the same position (with or without box if they can hold that pain free) with a small loop band around their feet. Then I will have them perform that same movement, with one knee moving towards the shoulder, while the other leg stays stable (not kicking out, which is tougher than it sounds). This time though, the hands are not involved, and they will move through their available range of motion, i.e. until they would have to tilt the pelvis in order to get more motion. Often, I’ll give a combo of this one followed by the video above which can also be done with a small loop band around the feet rather than the longer band as shown.

Disclaimer: Blogs and social media don’t replace individualized medical advice. Please feel free to stop into my office at the gym or email me directly at megandaley@moveonthedaley.com with any questions.